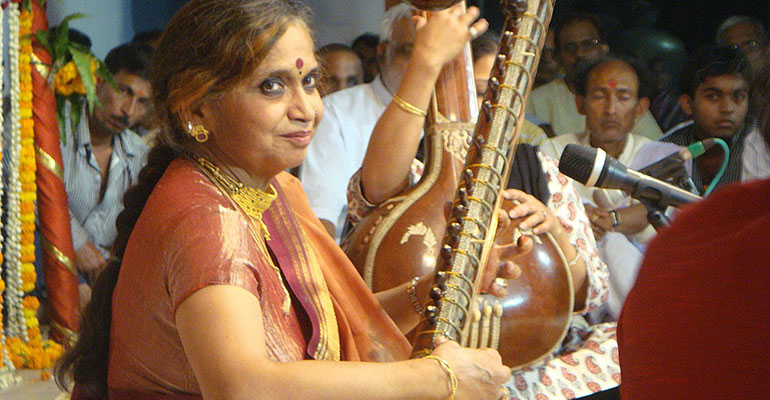 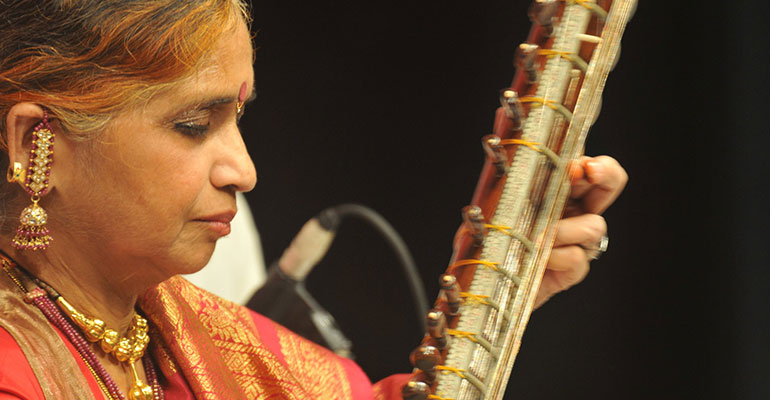 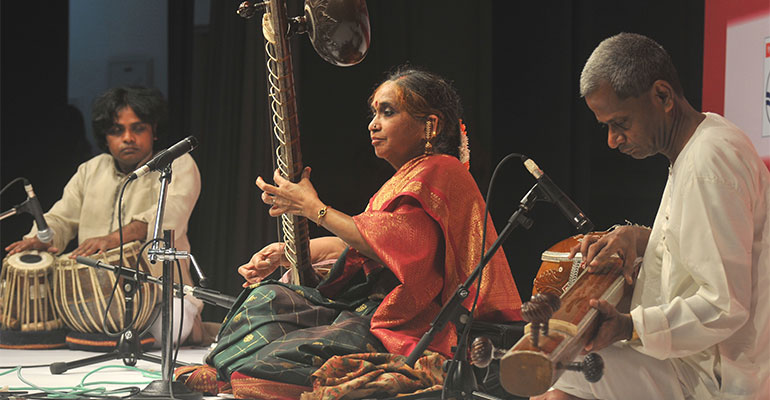 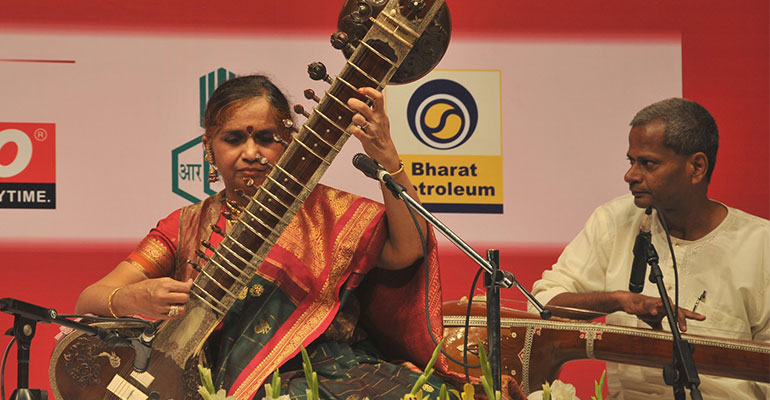 Welcome to the Music of Meera Prasad.
A disciple of the legendary Pt Uma Shankar Misra, Smt. Meera Prasad is today counted among the foremost exponents of the Sitar in the world.

Audio clip: Adobe Flash Player (version 9 or above) is required to play this audio clip. Download the latest version here. You also need to have JavaScript enabled in your browser.

An audio piece above from her CD, Sitar Sadhana – The magical strings of Meera

Smt. Meera Prasad was initiated into the world of Music at the tender age of 5. She received her early training from the famous ‘Beenkar’ Ustad Ahmad Raza Khan. For the past 30 years she has had the good fortune of being the disciple of the legendary Sitar maestro Pt. Uma Shankar Misra of the Senia Gharana.

Her years of sadhana have paid rich dividends as today she is considered one of the top exponents of the Sitar in the country. She has had the distinction of having performed at all the major music festivals of India. The Vishnoo Digambar Sangeet Samaroh, New Delhi, Dover Lane Music Festival, Kolkatta, Baba Hariballabh Sangeet Samaroh, Jullundhur, Sankat Mochan Samaroh, Benaras are some of the major festivals where she has performed at on several occasions in the past 30 years. Her recent concert in December 2010, at Shanmukhananda Hall in Mumbai was hugely appreciated by the musical greats of various streams.

She has received the honor of being sent by the ICCR to perform at various venues around the world. Her two concerts in San Francisco with the Tabla Legend Ustad Zakir Hussain drew great praise from all quarters. She has performed in Brussels, London, Paris, various cities of Russia and the Asian Republics. Her lectures on Indian Classical Music at Universities abroad have helped spread awareness of this great art in foreign lands.

In 2005, her music Cd – ‘The Magical Strings of Meera’ was released in France and went onto becoming a best seller all over Europe. A seasoned artist of the All India Radio, Meeraji is known as much for her pure rendition of the Ragas as for her commendable control over the techniques of the instrument.